Betelgeusians are a race of civilized aliens that originate from Planet Betelgeuse.

Betalgeusians resemble lanky bipedal cats that have eight thick antennae (two pairs at the top of their heads and another two pairs in the back) instead of more typical feline ears.

Betelgeusians are omnivores. They have sharp fangs and very small claws.

Betelgeusians have a bifurcated uvula; one that's split down the middle into two.

Betelgeusian brains are identical to the structure of a human brain, but smaller in size.

Despite having lungs, Betelgeusians don't seem to breathe or at least don't need oxygen; Meow never bothers to wear a space suit and he seems to have no problem audibly laughing at a drowning Dandy when the two of them were submerged in water.

The internal support structure of a Betelgeusian's tail isn't composed of vertebrae, but rather a flexible structure that resembles a coiled spring. Similar structures appear to surround the leg bones, and it can be assumed that these coiled structures enhance the Betelgeusian's jumping capabilities to some extent.

Betelgeusian blood is a dark blue. Despite this, Betelgeusians still blush a pinkish red.

Betelgeusians act a lot like humans, despite their feline-like appearance. Meow claims that Betelgeusians are the largest consumers of dried fish flakes, indicating that they have a fondness for the taste of fish. It's not known if other Betelgeusians share Meow's dislike of water or (initial) distrust of canines.

Betelgeusians are a civilized race with a culture that seems to be almost identical from Earth. Meow's hometown bears some resemblance to a small rural town in contemporary Japan and his family's house has modern conveniences such as electricity and running water.

Betelgeuse has a population of 65 billion, according to the Alien Registration Center. 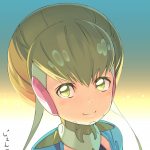 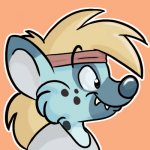